Water and Your Masonry Chimney

Previous Next
Water and Your Masonry Chimney

The chimney is one of the most taken-for-granted parts of a home. We don’t pay it much attention but masonry chimney defects are frequently flagged in my inspections. Regular chimney maintenance is essential to prevent damage, deterioration, and future high-cost chimney repairs. I’ve found home buyers are often unaware of the expense that may accompany chimney repair. Water-damaged lining systems, flue obstructions, and loose masonry materials all present a relative threat to residents and the home itself.  Today we’ll explore the issues I see most often.

Let’s Start from the Top

Chimneys have one or more large openings (flues) at the top that can collect rainwater and funnel it directly to the chimney interior. A typical chimney flue has the potential to allow large amounts of rain or snow into the chimney.

What’s the Purpose of a Chimney Cap?

Chimney caps (or “rain caps”) are an inexpensive preventive measure that homeowners should employ to prevent water penetration and damage to the chimney.

Chimney caps also provide other benefits. A strong, well-designed cap will prevent birds and animals from entering and nesting in the chimney. Caps also function as “spark-stoppers”. They prevent sparks from landing on the roof or other nearby combustible material.

What Type of Chimney Cap is Best?

A chimney cap should be easily removable to facilitate inspection and cleaning. For a long and effective service lifetime, a cap should be constructed of sturdy, durable and corrosion-resistant material. Caps may be designed to cover a single flue, multiple flues, a large portion of the chimney or the entire chimney top. A full coverage chimney cap usually represents a larger initial investment. However, it is probably the best investment for long-term protection because of its ability to protect the entire chimney crown.

I inspect a lot of homes with missing or damaged chimney caps; here are a few photos from recent inspection reports.

The chimney crown is the top element of a masonry chimney. It covers and seals the top of the chimney from the flue liner to the chimney edge. The crown should provide a downward slope that will direct the water from the flue to the edge of the crown. 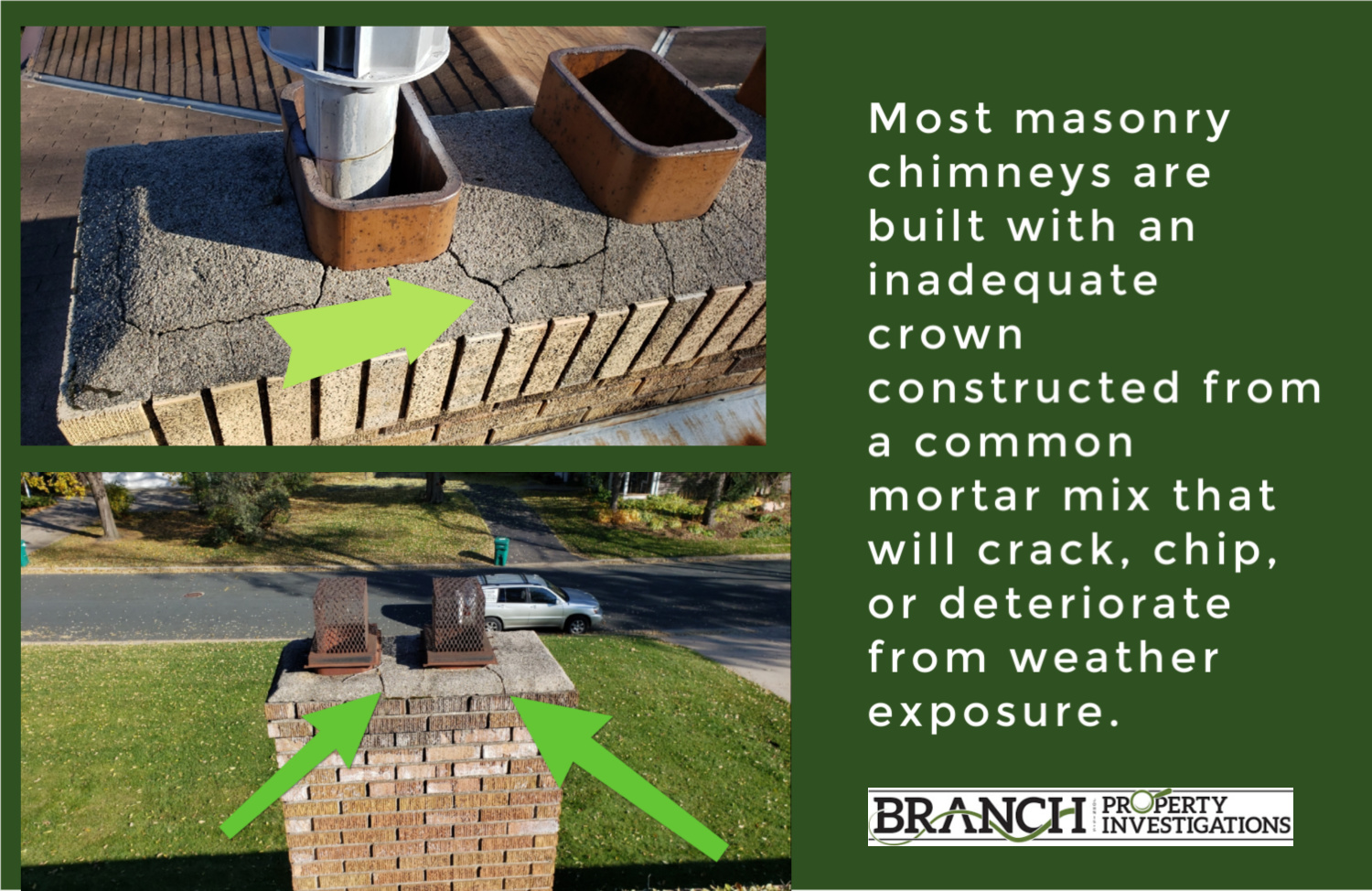 The overhanging drip edge directs run-off from the crown away from the chimney. It also helps prevent erosion of the brick and mortar in the chimney’s vertical surfaces.

Your Chimney’s Flashing May Need Repair or Replacement

Flashing is the seal between the roofing material and the chimney. This NACHI diagram provides a great visual: 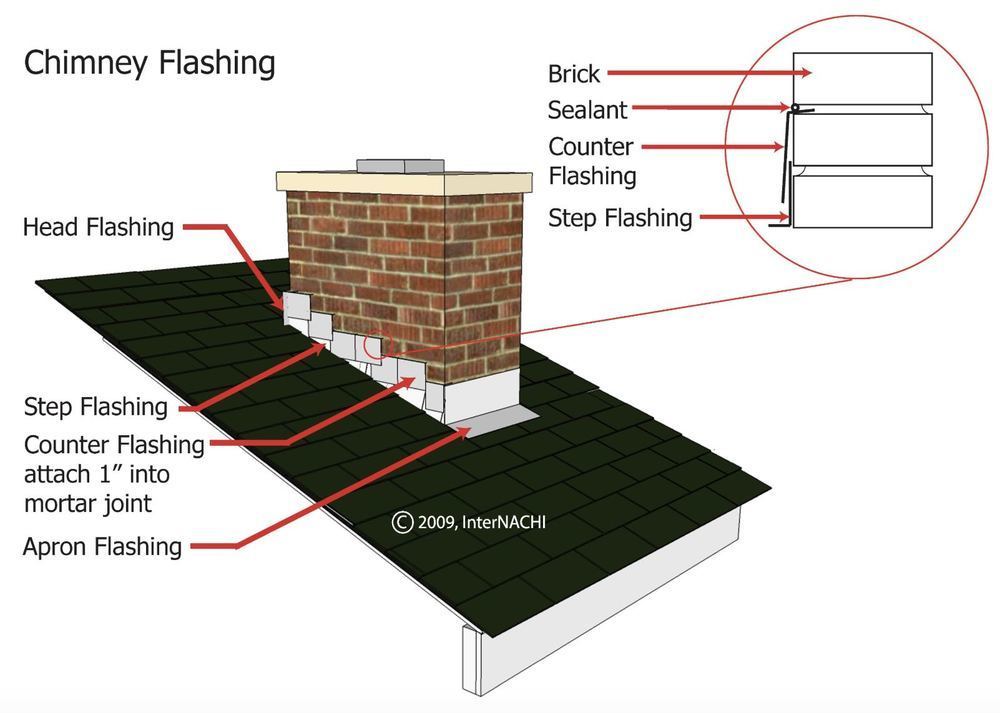 Flashing prevents rainwater or snow melt from running down the chimney into living spaces. It can damage ceilings and walls and cause rot in rafters. It is designed to allow both the roof and the chimney to expand and contract at their own rates without breaking the waterproof seal in either area. 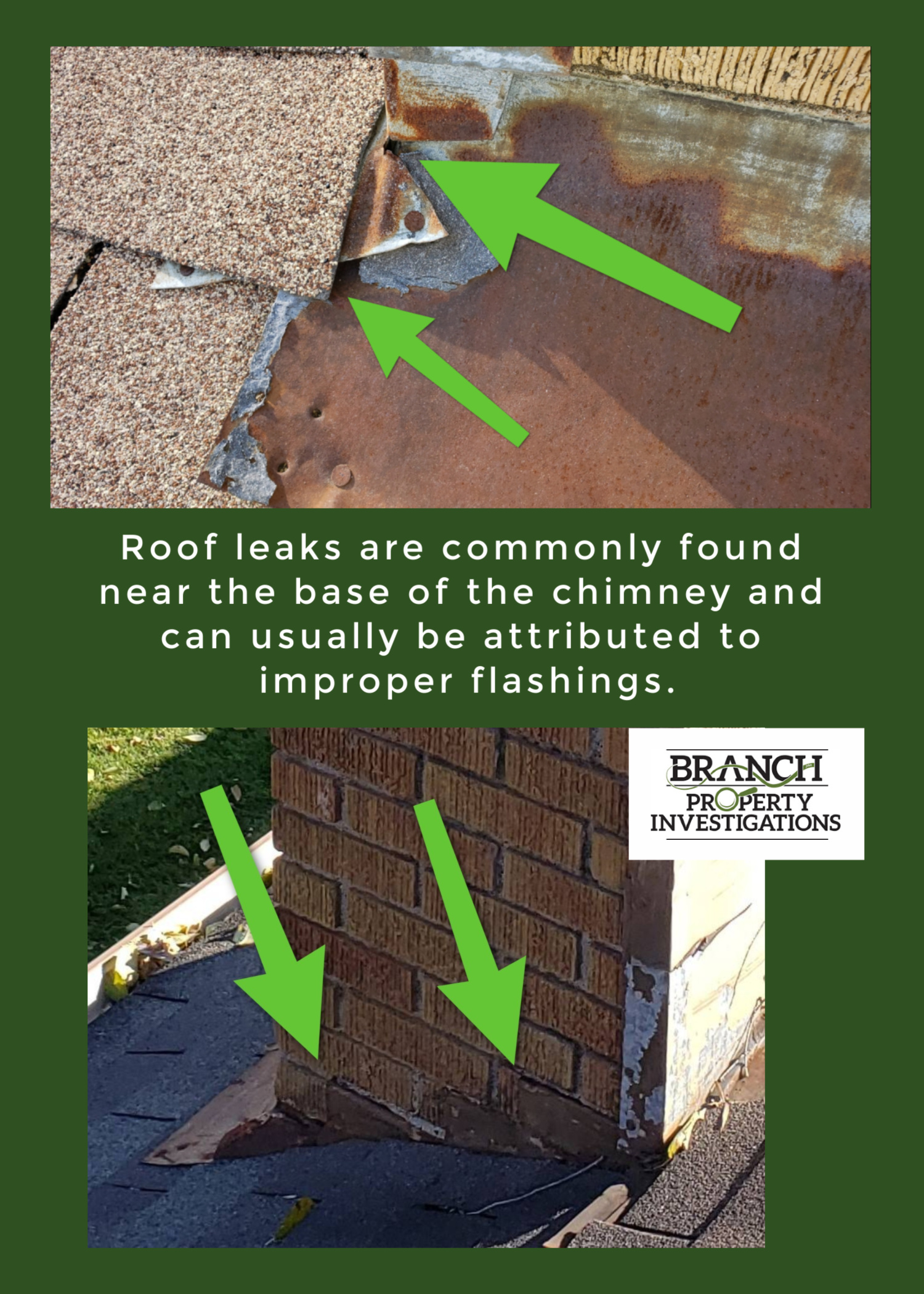 Last but Not Least: Your Masonry Chimney’s Brick and Mortar

Chimney bricks often crack from water damage. However, arguably the most common repair needed on a chimney is mortar replacement. Missing mortar joints in between bricks are extremely common on brick chimneys. The mortar often cracks and crumbles as a result of damage incurred when water freezes and thaws. Most homeowners are unaware of this damage because they simply can’t see it from their vantage point on the ground. They only learn of it when moisture seeps into the chimney space. The walls, floor, and other building materials have possibly been impacted at this point.

Regular chimney maintenance is essential to prevent damage, deterioration, and future high-cost chimney repairs. During your home inspection, I will note your chimney’s condition but I often recommend a professional chimney sweep complete a full chimney inspection. At a minimum, this would include chimney sweeping to remove any issues inhibiting performance but more advanced repair services are available as needed.