Is Knob and Tube Wiring Safe?

Previous Next
Is Knob and Tube Wiring Safe?

Knob and tube (K&T) wiring is a system of electrical wiring common in homes built from 1880’s – 1930’s. I came across it while inspecting a Minneapolis home last week that was built in 1914. I want to shed some light on the issue because although the system is considered obsolete and can be a safety hazard, some of the fear associated with it is undeserved.

There isn’t anything inherently dangerous about knob and tube wiring. As long as it was installed correctly it probably worked fine. The main problem with this early wiring system is the likelihood that it was improperly modified. This often happens many decades after initial installation. Also, building insulation was commonly laid down on top of the knob-and-tube wiring. This interferes with its ability to cool down and presents a fire hazard. 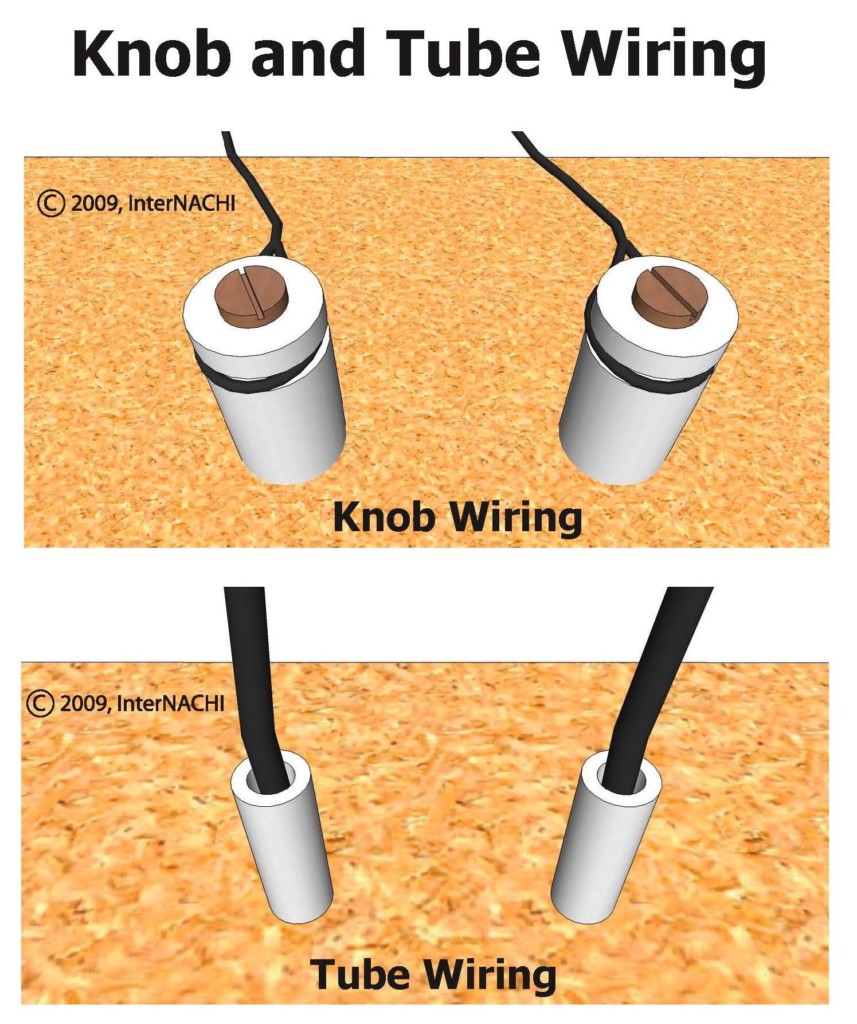 Here are some facts about knob-and-tube wiring directly from the International Association of Home Inspectors:

K&T wiring consists of insulated copper conductors passing through lumber framing drill-holes via protective porcelain insulating tubes. They are supported along their length by nailed-down porcelain knobs. Where wires enter a wiring device, such as a lamp or switch, or were pulled into a wall, they are protected by flexible cloth or rubber insulation called loom.

Compared with modern wiring insulation, K&T wiring is less resistant to damage.  K&T wiring insulated with cambric and asbestos is not rated for moisture exposure. Older systems contained insulation with additives that may oxidize copper wire. Bending the wires may cause insulation to crack and peel away.

K&T wiring is often spliced with modern wiring incorrectly by amateurs. This is perhaps due to the ease by which K&T wiring is accessed.

K&T wiring by design dissipates heat into free air, and insulation disturbs this process. Insulation around K&T wires will cause heat to build up. This creates a fire hazard. The 2008 National Electrical Code (NEC) requires that K&T wiring systems not be covered by insulation. Specifically, it states that this wiring system should not be in “hollow spaces of walls, ceilings and attics where such spaces are insulated by loose, rolled or foamed-in-place insulating material that envelops the conductors.”

Many insurance companies refuse to insure houses that have knob-and-tube wiring due to the fire risk. Exceptions are sometimes made for houses where an electrical contractor deems the system to be safe.

If You Have Knob-and-Tube Wiring

In summary, knob-and-tube wiring is likely to be a safety hazard due to improper modifications and the addition of building insulation. I always inform my clients about its potential dangers and advise further evaluation by a licensed electrician.